I'm very curious to see how many of my old followers on this page will see this post: ttps://goo.gl/fVnkTK

Posted by Unknown at 5:33 PM No comments:

I'm No Longer At This Site!

I've moved. If you want to read my new posts, please go to:
ShahshankedRedemption.wordpress.com
Posted by Unknown at 3:57 PM No comments:

If You Don't Change Them, They Will Swallow You UP!

On the Sunday after 9/11 my message to my Iranian church started by me asking the following question and answer.

Who put a gun to your head and demanded that you leave Iran and come to America?

If you don’t like living in America, I’ll personally buy you a one-way ticket and send you back to Iran.

Using Jer. 29:4-7, I then went on to show them, as immigrants in this country, what our responsibilities towards America should be. Once I made them aware of our role as immigrants, I then challenged them, as followers of Christ, to put aside our Third World corrupt habits that almost all of us were raised with, and be a light and salt to our community.

Over a year ago, I felt the need to preach the same message again, but this time to English speaking churches—Christians who are born and raised in America—along with a long disclaimer repeated throughout my message. I felt the need to include the disclaimer because these days, many Americans take offense to everything, even on behalf of those who are not asking for it. So, I had to start my message with the following warning, which I kept repeating throughout my teaching:

Please be advised that I gave this message to my IRANIAN church, and it is NOT directed at you. By the way, after I was done preaching it, the whole church gave me a standing ovation, so PLEASE don’t get offended on their behalf.

My message had to do with change, that of heart, mind, soul and behavior. It was an attempt to help them become more like those who belong to the Community of Jesus. It challenged them to outflowing action that would influence the adverse Iranian community that surrounds them. In doing so, I gave them example after example of the corruption that exists within much of our culture. The type of Third World mentality that is so, so foreign to the majority of American Christians, but so, so natural to us who were born and raised in Iran.

“But, why are you giving this message to the American church,” one might ask.

Because I am very concerned about the type of society my grandchildren might be facing in America.

In his article, 4 Trends in Christianity That Could Scare You, Ed Stetzer says,

Although Mr. Stetzer considers this to be something positive for the future of the church—She then will be full of REAL (Whatever that may be according to him) Christians.—he doesn’t take into account the vacuum this lack of Christian influence will create in the society. Those of other mentality/cultural mindset, i.e., Muslims, will not sit back and wait for the Christians to easily once again get their influence back. These non-Christians will fill the void.

We often look at corruption as a secondary issue in international affairs: as a moral problem that allows Third World governments to steal from their people and gets in the way of equitable economic development…But the lesson of the collapse of the Iraqi army, an army built with $25 billion in U.S. aid, is this: Corruption isn't only a moral issue; it's a national security issue, too.

hat's the message of Sarah Chayes, a former reporter for National Public Radio, who spent 10 years working on economic development projects in Afghanistan — only to find that corruption was getting in the way of nearly everything she did.

I want the American church to understand what happens when she losses her influence in society, an influence that is directly related to the teachings of Christ. I long for the church to realize what an unscrupulous society awaits her if she doesn’t stand up for Christian Principles and offer the life changing teachings of Christ to those around her, especially those of us from the Third World.

After hearing my message at his church, a member, a white American, who was offended by what I’d said, asked the following question,

“So, what is the redemptive value in this message?”

My answer: If you don’t change my mindset with the teachings of Jesus, I WILL swallow you up.

Posted by Unknown at 8:21 PM No comments:

Not At My Church! 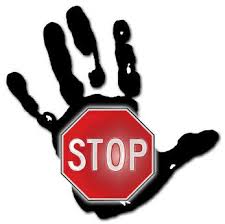 As I have researched “change” in my graduate studies the past two years, it has struck me how difficult change is for people, people in some of the most successful companies, people throughout history, even people in the Bible. Let me give you a couple of examples.

World Class Medical Center Nearly Closes
Beth Israel Deaconess Medical Center in Boston, Massachusetts is one of the leading hospitals in the world. The quality of this institution is due in part to the long standing and coveted relationship with Harvard University. Many of the doctors who practice and teach at the medical center also teach at Harvard. However, this institution nearly closed. For years, the medical center was losing money. During this time, several CEOs hired reputable consulting firms to determine why the medical center was consistently losing money. Report after report was submitted to the executives, board of directors, and the chief medical staff. Yet nothing changed and the medical center continued to lose money. It wasn’t until Paul Levy was appointed CEO in 2002 that things changed.
In Levy’s first few months on the job, he faced the fact that the medical center was nearly bankrupt, and that the governor and city officials were planning to take possession of the institution. But Levy had a plan to revamp operations and was able to convince the governor to delay the closure for six months. Confronted with the fact that they were about to lose everything, the medical center’s executives, board of directors, medical staff, and employees finally saw the need for change and made some tough decisions. Over those six months, Levy spent a great deal of his time explaining what needed to change—from leasing space on the expansive campus, and cutting jobs, to refining operations, and restructuring the medical staff and board of directors. He also communicated how the changes would take place and secured the support of everyone involved. His plan worked. Today, Beth Israel Deaconess Medical Center is going strong.

Resistance to Change in the Bible
The Bible, particularly the Old Testament, can be seen as a book about people who resisted change. Prophet after prophet warned the Israelites to change their ways otherwise judgment would come. But they didn’t and judgment did come—they were captured and displaced. In the New Testament, Jesus proclaimed the message of peace, love, and reconciliation to God. He performed the most powerful act of love, ever. Yet, people who heard his message and saw miracles did not believe him or change how they lived their lives. For more than 2,000 years millions of people who have heard the gospel refused to repent, to believe, to love, to receive grace, and to see the need to change their lives.
Any believer, who has evangelized, especially pastors, would probably understand how difficult it is for people to change their beliefs, attitudes, and behaviors. However, believers, especially pastors, are the very people, who need to realize the need for change. Modern-day prophets—the statisticians and researchers—are sounding the warnings. The Hartford Institute of Religion Research estimates fewer than 20% of Americans actually attend church every Sunday, more than 4,000 churches shut down every year, and between 2010 and 2012 less than half of churches added any new members. In June 2014, CharismaNews published an article by Ed Stetzer, examining trends, which paint a picture of a dwindling church. In their book, “Why Nobody Wants to Go to Church Anymore”, Joani and Thom Schultz show how church membership is declining and why. Research conducted by Steve McSwain, author and consultant, was published on Huffington Post showing statistics that the church is in decline across different denominations.
Are we going to be like the Israelites and ignore the prophets? Will church leaders be like the doctors at Beth Israel Medical Center and disregard the research only to say “Not at my church”? Are you going to be like those whom you have shared the Gospel with and yet, never saw the need to change? We have passed post-modernism and entered a new age when EVERYTHING is changing. Right or wrong, People who were once employed are becoming free-agents; schools are shifting from teacher-centered instruction to student-centered learning; established industries are being threatened by new business models; social media has changed how people communicate and the list goes on. With all of the research showing that church attendance is declining, and every aspect of society changing, are you able to see a need for change in the church?


By CK Miller, guest blogger
Posted by Unknown at 12:47 PM No comments: